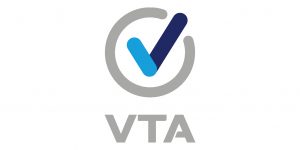 Please find below a copy of the National Road Traffic Amendment Bill (B7-2020).

Please be advised that this Bill is currently out for public comment for sending this bill through and as a result The Portfolio Committee on Transport have invited interested people and stakeholders to submit written comments on the National Road Traffic Amendment Bill [B 7 – 2020].

The Bill seeks, among other things (as well as matters connected thereto), to: (text and summary courtesy of Alta Swanepoel).

-Amend the National Road Traffic Act, 1996, so as to insert new and amend other definitions

-Provide for the suspension and cancellation of the registration of an examiner for driving licenses or an examiner of vehicles, if such person has been convicted of an offence listed in Schedule 1 or 2 of the Criminal Procedure Act, 1977 (Act No. 51 of 1977), or has a direct or indirect conflict of interest

-Provide for the registration and grading of training centres

-Prohibit the use of unauthorised aid during a test for a learner’s licence or a driving licence test, and the disqualification therefor

-Further prohibit and reduce the limit of alcohol in a specimen of blood taken from any part of the body.

The closing date for submissions is 20 November 2020 and all enquiries as well as written submissions can be sent to the Portfolio Committee on Transport (Attention: Valerie Carelse) via e-mail to trafficbill@parliament.gov.za

In addition to the written comments, you may also indicate your interest in making a verbal presentation to the Committee.