The right oil makes all the difference 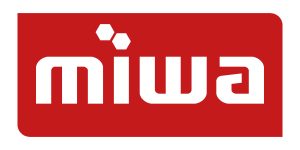 As motorists we may not always be as clued up as we should be on what goes into our cars. But did you realise that using the incorrect oil can lead to engine failure?

Remember that quality counts. It doesn’t matter what sort of fancy marketing goes into engine oil, or how bright and colourful the packaging is, it’s what’s written on the packaging that counts. Specifications and approvals are everything.

Dewald Ranft, Chairman of the Motor Industry Workshop Association (MIWA), a proud association of the Retail Motor Industry Organisation (RMI) says there are two established testing bodies. The API (American Petroleum Institute) being the dominant testing body and the ACEA (Association des Constructeurs Europeens d’Automobiles) which is the European equivalent.

“You’ve probably never heard of either of them, but their stamp of approval will be seen on the side of every reputable can of engine oil. South Africa uses the API specification to depict the quality standard of the oil and the testing standard,” he says.

MIWA spoke to Hein Venter, Senior Lubricants Technical Advisor at Shell, to explain the importance of making the right decision as not all lubricants are created equal.

Venter says that lubricants in general, and engine oils in particular, should specify their performance level.  Lubricant performance is tested against the industry standard, as well as Original Equipment Manufacturer (OEM) specifications. “Generally higher performance lubricants cost more,” he explains.

“Using the wrong oil in an application can have costly implications, both in terms of inadequate lubrication in the engine itself, as well as contamination of expensive emission control equipment,” he says.

As a general rule, any oil recommendation starts with the OEM specifications which are normally found in the operators manual of the vehicle and as a vehicle owner, that is your starting point.

The petrol equivalent is specified with an S classification.  The newest petrol specification (published recently) is API SP.

Another very important aspect of engine oils is the viscosity of the oil.  This is a measure of the “thickness” of the oil, or how easily it flows.  Higher figures represent “thicker” oils, or oils with higher resistance to flow.  Viscosity changes (decreases) as the oil gets hot. When the viscosity of a lubricants gets too low (the oil gets too thin) it will fail to protect against metal-to-metal contact, resulting in accelerated wear and possibly catastrophic failure.  The OEM of an engine will again specify the minimum viscosity grade to use in that engine.

Modern passenger car engine oils are normally “multi-grade”, which indicates it has additives to improve the temperature characteristics over mono-grade oils.

The viscosity grade of a multi-grade oil is expressed as two figures such as 5W-30, 15W-40 etc.  The first figure (before the “W” – for Winter grade) indicates extreme cold viscosity, and the second figure specifies the viscosity at operating temperature of the engine.  It is important not to use an engine oil with a LOWER viscosity than the grade specified by the OEM.

Engine oils  are generally aimed at either diesel or petrol engines, although there are engine oils with very high petrol AND diesel specifications.  An example of one of these engine oils is Shell Rimula R6 LME Plus 5W-30, which is approved for API SN and API CK

“Oils have various properties which keep your engine clean and well lubricated throughout its entire lifespan and under all possible conditions. The choice that you make when purchasing motor oil will determine the effective use and duration of your engine.

So when you next drive up to your service station or workshop and your car needs oil, take a moment to check what is the most appropriate oil for your vehicle and always check the label and look out for the words: Meets the requirements of API SH/CD. Alternatively look for the API Service Symbol somewhere on the packaging,” concludes Ranft.

A quick guide to the different grades of oil: