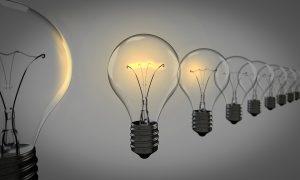 The Automotive Industry Development Centre in the Eastern Cape (AIDCEC) has warned that the electricity tariff increase of 15% effective from April 1, will slam the brake on the South African automotive supply chain’s drive for greater levels of global competitiveness.

The AIDCEC says rising input costs could stunt growth in volumes and particularly in exports, which in turn would make it difficult for the automotive sector to achieve targets for the country relating to inclusiveness, localisation and job creation.

AIDCEC CEO, Thabo Shenxane says the tariff increase will also have a negative effect on the Eastern Cape economy, which is driven by automotive manufacturing.

“As South Africa’s leading producer of vehicles and its biggest exporter, accounting for around 49% of SA’s vehicle exports, the Eastern Cape and by extension South Africa’s supply chain will be under even greater pressure to produce at competitive prices.”

Renai Moothilal, executive director of the National Association of Automotive and Allied Manufacturers (NAACAM), saw the Eastern Cape automotive manufacturing sector as a vital cog in the overall South African automotive sector and needed a competitive electricity system to ensure the sector’s wellbeing.

“Not too long ago, the cost effective and stable electricity input was a competitive advantage of South Africa’s automotive value proposition. This is no longer the case, and the sector cannot keep absorbing such increases. The losers in this case will be regions that dominate autos production such as the Eastern Cape”

Shenxane says the tariff increases will have the most pronounced effect on small manufacturing companies and facilities.

“Electricity costs contribute more to the overall operating costs of small businesses than to that of a larger establishments and another significant cost increase could be the final blow for already struggling businesses”.

“Some companies have still not recovered after the effects of the ongoing pandemic, struggling to regain lost business and having to operate under restrictions,” Shenxane said.

The AIDC EC says that according to its experience generally electricity costs are between and 5 and 10% of total operating expenses for medium to large auto manufacturers and up to 20% for smaller companies.

In the Automotive sector the metal, glass and rubber processing facilities will be impacted the most as they take on higher energy consuming processes.

The AIDC EC reports that around 13% of the automotive firms that supply directly to OEMS fall into this category in the Eastern Cape.

“A focus on the low-cost energy improvement opportunities could assist in optimizing ways in which resources and equipment are used, in addition to monitoring the behavior of employees based on their mindset towards energy efficiency,” Thiart says.

“Where capital is made available, high impact projects with a low payback can be implemented.  It is also critical that companies check that they are on the correct tariff charge and be aware that reduced rates on tariffs may be negotiated with the Municipality,” Thiart said.

In addition to the issue of pricing, Shenxane believes that in order to ensure a stable power supply network, Eskom should be allowed by Government to work alongside independent power producers to help with energy supplementation where Eskom fails to meet demand.

“Investment in renewable resources in the short term to add to the supply network may be most expedient.”

“As we lobby and position the Eastern Cape for greater manufacturing related investment, the issue of a stable power supply and reasonable tariffs are key,” Shenxane said.

He said the AIDCEC was playing an active role in assisting companies with energy management issues.