Beware the danger of driving with worn shocks

With summer rains already starting and Transport month placing the emphasis on everything automotive, motorists need to be aware of the dangers of driving with worn shock absorbers which can seriously compromise a car’s handling and safety on the road. But because shock absorbers wear out gradually, motorists often adjust unconsciously to the change in their vehicle’s handling, unaware of the danger they’re in due to the efficiency of vital components being compromised.

“It’s essential that motorists be aware of how dangerous worn shocks can be and familiarise themselves with the signs that their car’s shocks may be due for replacement,” says Dewald Ranft, Chairman of the Motor Industry Workshop Association (MIWA), a proud association of the Retail Motor Industry Organisation (RMI).

Independent research on the extent to which worn shock absorbers impacts on a vehicle’s safety shows that they compromise the driver’s ability to stop, steer and maintain vehicle stability. “In fact it takes 2.6 metres longer to stop from a speed of 80 km/h on a straight road with only one driver in the car and it takes 11.3 metres longer to stop when fully loaded and travelling on a straight road with an uneven surface from a speed of 70 km/h. Add a wet road into the equation and the situation becomes even more dangerous.”

Among the signs that a car’s shock absorbers could be worn are steering wheel vibrations, oil leakage, irregular and increased tyre wear as well as steering that will not centre by itself.

However, Ranft also cautions against opting for replacing your worn shocks with sub-standard and unsafe shock absorbers. Independent tests have proved that certain unrealistically low priced, imported shocks are extremely dangerous because they aren’t built robustly, the quality of the oil is inferior, they fail the fatigue test, lack flexibility and are often incorrectly assembled. “Quality is vital in this critical component of a vehicle. It’s best not to scrimp on this essential part of driving a roadworthy vehicle. Ensure that you have your shocks checked and fitted at a reputable MIWA service provider and when necessary, insist to have them replaced by a trusted brand,” Ranft concludes. 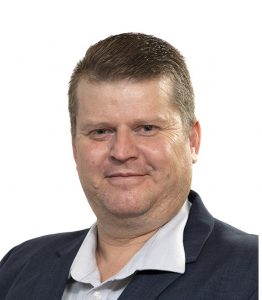