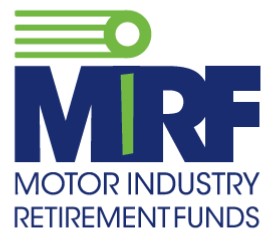 In the Government Gazette of 20 January 2021, the President signed into law amendments which come into effect on 1 March 2021 which affect the manner in which a provident fund member will be able to take a retirement benefit from this date onwards. Members of provident funds should note that this law change does not impact on any fund credit accumulated up to 1 March 2021.

One of the changes will be that, on retiring from a provident fund – such as the Auto Workers’ Provident Fund and Motor Industry Provident Fund – the portion of a member’s fund credit which is accumulated after 1 March 2021 will be treated similar to that of a pension fund and only up to one-third of that post 1 March 2021 fund credit can be taken as a cash lump sum. This does not apply to members who have already turned 55 years of age and their benefit entitlements remain unchanged.

This news may spark off a rush by some of your employees to cash-out all of their savings by resigning from their employment before 1 March 2021 but they should be cautioned against doing so for the following reasons:-

-This will defeat the very purpose of the new changes, which is to attempt to ensure that as many citizens as possible save money so they are able to look after themselves financially after retirement, and so ensure they live comfortably in retirement and put less strain on the State’s resources.

-From 1 March 2021 there will be no differences between pension and provident funds.

-Provident fund members no longer pay tax on their contributions so it reduces a member’s tax payable to SARS.

-The member will also lose out on death and disability benefits provided by the funds as well as the investment returns earned on contributions.

-It might also cause a massive upheaval in your business as regards your human resource requirements: employees who resign will most likely also re-apply for their vacated posts.

-There are significant tax penalties for employees surrounding early withdrawals. If a member opts to take a withdrawal benefit, he or she will end up having to pay tax on it at a significantly higher rate than that paid at retirement.

A member who was paid-up in a fund before 1 March 2021 is not affected and can take a full cash benefit.

It will therefore be beneficial to point out to your employees who wish to submit their resignations for this reason that:-

-Any provident fund savings up to 1 March 2021 will not be affected by the change and that full amount can be taken in cash on retirement –in other words, no changes to the existing situation.

-Members who are 55 years or older on 1 March 2021 will not be affected by this change at all if they remain a member of the same provident fund until retirement.

It is not in anyone’s best interests for your employees to make a decision to encash their savings without being fully aware of the security of their savings as explained above.