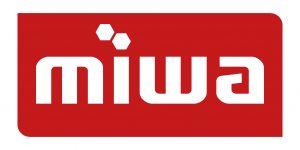 With experts predicting that the price of fuel could hit as high as R40 per litre, most South African motorists, whose monthly budgets are already strained, are now literally driving on fumes.

As Eugene Herbert, CEO of MasterDrive was quoted recently, “Motorists in South Africa may feel powerless to change the situation. While one can’t a stop war, you do have the power to change the way you drive and potentially reduce your fuel consumption. The power to limit the effect of international affairs is partially in your hands,” he says.

Deon Goch, Vice Chairman of the Motor Industry Workshop Association (MIWA), a proud association of the Retail Motor Industry Organisation (RMI), agrees saying that now is the time for motorists to pay attention to how they can save money.

Goch says the most fuel-efficient cars at the moment are definitely those with diesel engines. “Diesel engine technology has progressed in leaps and bounds over the past decade and most certainly in the last three to five years, proving that this technology is becoming the one of choice. European countries are, by far, at the forefront of diesel-powered use and the rapid expansion will see diesel powered passenger vehicles become the vehicle of choice in the near future probably surpassing all other forms of power.”

He says even if you don’t have a diesel car, there are a number of fuel-saving devices one can utilize. He also cautions about avoiding the many fuel-saving device hoaxes, that deliver far less than what they promise.

“This is surely the most controversial subject in the whole “fuel saving” scenario and, in some cases, the biggest scam. Many “silver bullet” type of fuel saving devices have been in existence since the fuel crises of the early 70’s. Some have been designed by so called “engineers” and others have been products of unscrupulous and clever scamsters who will do anything to relieve naïve motorists of their hard-earned cash. Many of these devices seem so believable that they have even fooled long-standing professionals. In short, steer clear of these devices. None have stood the test of time and none of them have any actual trials by any credible institution to warrant being used”.

For real fuel economy, to maximise the number of kilometers a vehicle can travel on a litre of fuel, Goch provides the following advice:

Today’s modern vehicles have sophisticated control systems that receive signals from oxygen sensors and control the fuelling up till a given rpm, known as a closed loop system.  Older type vehicles however have an open loop system so specific and accurate tuning is necessary. And then the actions of the driver do matter. Goch provides the following tips:

•             Short bursts of the accelerator will increase fuel consumption. Accelerate at an even pace in traffic.

•             Drive in a lane which has the least traffic ahead to maintain a constant speed. The engine management system will adjust the most economical settings for the best fuel consumption.

•             The first start-up after a lengthy stand is the one which has the richest fuel mixture. This generates extra heat to assist the engine in reaching operating temperature sooner but is not ideal for an engine as it accelerates wear.

•             One must prevent harsh acceleration whilst the engine is still cold as this will spike the consumption figure dramatically.

•             Also avoid idling a cold engine to warm it up, as this will not improve the fuel consumption, nor lengthen the life of the engine.

•             If you are in a heavy traffic situation and the waiting times are lengthy, do not be afraid to turn off the engine and restart once the traffic starts moving again. Modern engines are now being equipped with this function to aid fuel saving. However, prevent continuous switch-offs as this will drain the battery.

•             Watch your tyre pressure and alignment. Running tyres too soft or hard can definitely impact fuel consumption, as can incorrect alignment.

“Remember, besides your normal servicing that needs to be a priority, motorists need to pay attention to out of the ordinary sounds such leaking exhaust manifolds. This may just sound like a small ticking noise which goes away and is then ignored but it could point to a much more serious problem – a cracked exhaust manifold. Once at operating temperature the material expands so minimal sound is heard. This is a culprit for increased fuel consumption.”

Goch concludes by saying that the recent rise in fuel prices as a result of market volatility has highlighted the urgent need for the authorities to review the components that make-up the retail fuel price. “MIWA encourages those authorities to diligently work towards a more equitable solution in support of relief for the motoring consumer.” 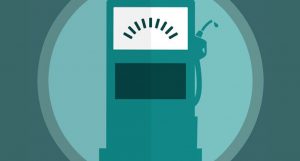