It is time to stop talking and take real, relevant action to curb the scourge of gender-based violence – MISA 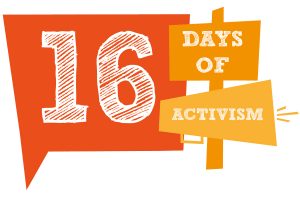 25 November 2020 – On the International Day for the Elimination of Violence against Women and the start of the 16 Days of Activism Against Gender-Based Violence, the Motor Industry Staff Association (MISA) has called on the South African government and all its people to now do ‘whatever it takes’ to beat the scourge of gender-based violence (GBV) in our society.

“In the 29 years since the campaign was first launched, the South African government has been all-talk and very little action,” says Martlé Keyter, MISA’s CEO for Operations. “How many more innocent and vulnerable women and children must suffer at the hands of violent perpetrators who subject their victims to physical, sexual and emotional abuse?  How many more billions of Rands must be lost to the economy because of workplace, social and other costs associated with gender-based violence in our country? What will it take for things to change?” pleads Keyter.

“President Ramaphosa has admitted that our country has failed at making adequate progress to curb GBV. This state of affairs is wholly unacceptable, and we can no longer allow a mentality of indifference to continue unabated.”

Keyter, who also serves as Deputy President of the Federation of Trade Unions of South Africa (FEDUSA), says the country needs a concerted effort from every individual, parent, teacher, organisation, employer and employee to change the attitude that GBV is “just another problem we have to live with in our country”.

“Violence of any kind is unacceptable in any circumstance, and GBV has to end,” she demands.

As a trade union, MISA has been actively campaigning for change in the motor retail industry, in which it operates. “We have made progress in creating awareness in the workplace, but unfortunately too many employers – and employees – still turn a blind eye to gender-based discrimination and violent behaviour.”

MISA calls for the country and its people to unite to effect change. “Like the Arab Spring uprise, we need to join forces and fight this affliction that taints our country.”