Payment of levies for motor vehicles manufactured for export purposes 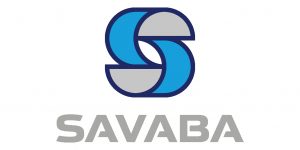 Regulation no. 2(1) of the NRCS Regulations states that fees in the form of levies are payable in respect of commodities or products manufactured, built or imported, or services provided, that are subject to a compulsory specification.

Due to the COVID-19 pandemic, the NRCS implemented a directive from the Minister’s letter that exempted motor vehicle manufacturers from paying levies for motor vehicles manufactured for export to countries other than Southern African Developing Communities (SADC) for the period 1 September 2020 to 31 August 2021.

The exemption has thus expired and therefore all manufacturers of automotive products subjected to levies are expected to declare and pay levies for the exported automotive regulated products as per the levy returns forms.

As per the Minister’s guidance, the NRCS has participated in all consultations that were arranged and facilitated by the dtic where all affected stakeholders were represented. Whilst all stakeholders await the outcome of the consultations, the emphasis is that the Minister has not prescribed the exemption in the government gazette as provided in the NRCS Regulations.Therefore the NRCS has taken a position that all manufacturers should submit the levy returns for the period 2021B in respect of exported regulated products as stipulated in the NRCS Regulations.

The NRCS will continue with the process of debt collection as guided by their policies in case of any manufacturer who fails to declare and pay levies for regulated products covered by the relevant compulsory specifications. The process of debt collection will also include the estimated levies owed to the NRCS as at 01 September 2021, including any calculated interest. The NRCS has stated that in cases where their quantities are not declared, they will invoke Clause 2 (6) of the NRCS regulations which provides for the NRCS CEO to estimate the manufactured, built or imported quantity of products to a maximum of at least five years and hold the manufacturer liable for the levy calculated in accordance with the estimate.