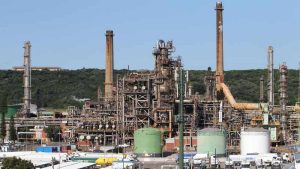 Oil companies have no concerns about meeting local demand through import fuel at this stage, in spite of worsening industry risk factors that have included Russia’s invasion of Ukraine, industry representative bodies said on Friday.

The South African Petroleum Industry Association (Sapia) said in response to Business Report’s questions that at this stage there were no concerns relating to imported fuels, and there was sufficient storage infrastructure to handle additional volumes from imports as required from the end of this month, following the recent announcement of the “pause” in production and possible sale of Shell and BP’s Sapref refinery, South Africa’s biggest refinery, south of eThekwini.

“The only concern would be attributed to vessel delays due to weather conditions, however these are managed,” Sapia said.

The Department of Mineral Resources and Energy did not respond to BR questions.

The government has, however, undertaken to review the fuel-pricing system to see if it can mitigate the effect on consumers of record global oil prices by possibly reducing taxes on the price.

Sasol’s synfuels and its Natref crude oil refinery are the last fuel production plants in the country, although Astron has indicated it would restart its oil refinery in Cape Town in about September.

South Africa is increasingly having to rely on imported petrol and diesel, at a time when global supply chain issues have resulted in a shortage of vessels, vessel delays and rising shipping rates in most shipping markets around the world.

Last week, the 31-member countries of the International Energy Agency agreed to release 60 million barrels of oil from their emergency reserves to “stabilise” the market following the crisis in Eastern Europe, as a signal to global markets that there would “be no shortfall in supplies”.

Liquid Fuel Wholesalers Association Peter Morgan said there needed to be a much broader discussion about the future of the industry, than just reviewing the fuel price.

He cited as example the divestment out of other African markets of global fuel traders in recent years to the point “where I can now only count them on my hand”.

“We as an association are worried that if the country relies so much on imports, any hiccup to the system is going to cause major problems for the country,” he said.

The port of Durban has seven berths for petroleum products which are used to handle both imports and the backloading of vessels to other ports along the coast of South Africa.

Sapia said the possible closure of Sapref would not have a major impact on the port infrastructure “as we have situations where both Enref and Sapref were down at the same time, and this didn’t negatively impact our port capacity to handle imports”.