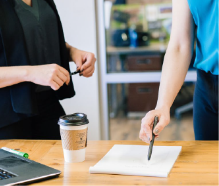 Is it possible to have an agreement that is non-cancellable and contains no cancellation clause and no termination for convenience clause? On the face of it, one would think that such an agreement is unreasonable and against public policy because, in essence, neither party would then be able to cancel the agreement.

Yet, a surprising number of small business owners are asked to sign such contracts or would like to add such non-cancellable provisions in their own agreements. What does our contract law say about the issue and how have our courts dealt with this interesting contract-conundrum?

The addition of tacit and / or implied terms into agreements

The 2014 Supreme Court of Appeal (“SCA”) case of Plaaskem (Pty) Ltd v Nippon Africa Chemicals (Pty) Ltd dealt with the issue of whether a written contract– which was for an indefinite duration and did not make provision for termination– could be construed as containing a tacit (implied) term to the effect that the contract was terminable by either party on reasonable written notice.

The court said that certain factors must be considered for purposes of determining the existence of such a tacit term, such as the language of the contract, the nature of the relationship between the contracting parties, the goods or services that are the subject matter of the contract, and the surrounding circumstances of the contract.

The court added that, based on the earlier considerations, the contract between Plaaskem (Pty) Ltd and Nippon Africa Chemicals (Pty) Ltd was not intended to bind the parties in perpetuity and therefore said that it was necessary and commercially efficacious that such a tacit term should be implicated. The court thus concluded that the contract between the parties could be terminated by either party on reasonable written notice.

In all these matters the courts concluded that in instances where it can be inferred from the circumstances surrounding agreement between parties that they did not intend to be bound to the agreement indefinitely the agreement can be terminated on reasonable notice.

The courts did not specify what time period constitutes reasonable notice as that would depend on the circumstances of each case.

The legality of agreements with an indefinite period

It is important to note that it is not illegal to have agreements that continue for an indefinite period, as long as there are clear indications of such an intention by the parties. In such circumstances, the court will generally not attribute a tacit term to the effect that the contract was terminable by either party on reasonable written notice.

In the case of Kelvinator Group Services of SA (Pty) Ltd v McCullogh 1999 (14) SA 840, it was held that a term must not merely be reasonable or desirable but necessary and should not be in conflict with any express provisions. Therefore, it is legal to have agreements that continue for an indefinite period.

Repudiation – where a party indicates its unwillingness or inability to continue with its contractual obligations – may become applicable where the agreement is for an indefinite period and does not contain a termination clause. Any attempt to terminate such an agreement may be construed as a repudiation of the agreement and constitutes a breach of contract. Repudiation would invoke the consequences of breach of contract, which include:

– Acceptance of the repudiation by the innocent party and therefore, the agreement would be terminated.

– Rejection of the repudiation by the innocent party and a claim for specific performance of the agreement.

Upon termination of the agreement as a result of repudiation the innocent party may be entitled to claim damages. This means that if a party no longer wants to be bound to an agreement they to be careful not to repudiate the agreement.

Views: 510
PrevPreviousBooking your car into a workshop: Are you a high maintenance customer?
NextOccupational Health and Safety training – August 2022Next