To board or not to board? That is the question 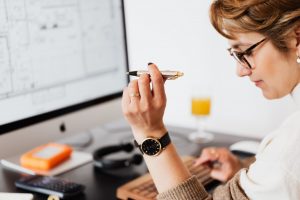 Every so often employers find that an employee is not able to perform his or her duties, for the reason that they are medically incapable. In recent years and particularly against the backdrop of the consequences of the COVID-19 pandemic, stress and anxiety related medical issues have caused many individuals to not be able to cope with the pressures of their jobs.

While most employers do try to accommodate employees who find themselves in this unenviable position, there is a point beyond which an employer should not be expected to keep an employee in the business. In these circumstances the law provides for a no-fault dismissal due to medical incapacity. One of the most important questions to be answered in such proceedings is whether the employer has really taken all reasonable steps to avoid a dismissal.

This question was recently handled and discussed in the Labour Court matter of Wilcocks v Khawula N.O. and Others 2022 ZALCD 4. The employee was dismissed after a medical incapacity enquiry was conducted at the workplace and the CCMA agreed with the employer that the dismissal was fair, both substantively and procedurally. The applicant sought this finding to be reviewed by the Labour Court.

The employee was a manager in the employer’s business. He suffered from illness and after applying for sick leave on a few occasions (for 90 days in total) he was informed that the employer regarded his absence from work due to illness as excessive. The employee was informed that an incapacity hearing would be convened to address the issue. The employee, at the time of the hearing, requested a postponement on the basis that he was unable to obtain reports from the various doctors within the timeframe allowed and at the same time, the applicant requested copies of the documentation on which the third respondent intended to rely. The request for a postponement was refused and the hearing proceeded. The employee was dismissed for being medically incapacitated.

At the CCMA the employee disputed the fairness of his dismissal. He submitted evidence by the doctor who treated him which showed that the doctor recommended he be medically boarded. The CCMA commissioner found that the employer has discretionary powers to either dismiss or follow a medical boarding procedure where applicable. The CCMA found in favour of the employer, and the employee then approached the Labour Court to review the arbitration award.

The Labour Court confirmed that the statutory Code of Good Practice requires an employer to conduct an investigation into all possible alternatives short of dismissal. Further, particular consideration must be given to employees who are incapacitated by work-related illness, in which case there is a more onerous obligation on the employer to accommodate the employee’s incapacity.

It was not in dispute that the third respondent convened an enquiry, the purpose of which was to ascertain the viability of the applicant’s continued employment. The chairperson gave evidence at the arbitration hearing that there was a report by the medical practitioner which reflected that the employee was unfit for work and permanently incapacitated, that the employee did not dispute the report, that he did not dispute that there was no alternative position available for him and that he had accepted that he should be medically boarded. The award reflects that the chairperson considered this sufficient to establish the basis on which the applicant should be dismissed, and that the further medical reports contemplated by the third respondent’s incapacity procedure were not necessary.

The employee had testified that he sought to be medically boarded and that his request for a postponement of the investigation was to enable him to obtain further medical reports. The applicant clearly anticipated an outcome in terms of which he was to be boarded. The chairperson’s evidence discloses her opinion that the third respondent’s policy contained typographical error in that the policy that ought to read: ‘…for the purpose of establishing the means for accommodating the employee where possible or to dismiss the employee for incapacity or [delete ‘and’] follow medical boarding procedure–where applicable.’

At paragraph 75 of the award, the arbitrator accepted this interpretation and concluded that the third respondent had ‘discretionary powers to either dismiss or follow medically boarding procedure with applicable’.

The learned judge in the Labour Court found that this conclusion of the chairperson in the hearing and the arbitrator in the CCMA flies in the face of the principle that in a case of ill-health incapacity, dismissal is a measure of last resort even more so where, despite the arbitrator’s conclusion to the contrary, as in this case, the incapacity is work-related. Where there is the prospect of medical boarding (put differently, a retirement in terms of the rules of a benefit fund establish precisely to cater for medical incapacity), this is an obvious alternative to dismissal that ought to be fully explored.

While each case must be dealt with on its own merits, in the present instance, the consequence of the chairperson’s failure to explore that option and the arbitrator’s endorsement of the approach that she adopted has been to deny the applicant the prospects of determining his eligibility for a benefit for which the third respondent is specifically insured. The decision to dismiss the applicant had the consequence that he was no longer an employee of the third respondent and therefore denied consideration for his eligibility for any benefit that may have accrued to him in terms of the rules of the scheme.

The Court further reasoned that the medical boarding procedure represents an obvious potential alternative to a dismissal, one that is required to be fully investigated before any decision to dismiss is taken. The chairperson’s reasoning that the employer had a discretion to follow the medical boarding procedure, or not, was misguided and not congruent with the Code of Good Practice. The Court found that the employer, but not following proper procedure and dismissing the person and thereby depriving him of the benefits of the insurance in place, was a “double whammy” to the employee.

The Court found ultimately that the CCMA award stood to be set aside and that the dismissal was procedurally and substantively unfair. The Court substituted the CCMA award with an order that the employee be reinstated.

This judgment serves to confirm that employers should not be hasty to dismiss an employee due to medical incapacity and that employers have a real duty to explore all alternatives before deciding to dismiss, in good faith. The point of the exercise is to give a soft landing to your employees whenever it is possible to do so.

Employers should ensure that they are well informed about the cover their employees enjoy for such events and to utilise this actively as a measure to avoid an outright dismissal of employees.