When did you last check your car’s tracking device? 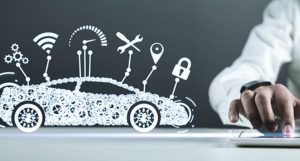 With lockdown and less driving, many of us have become complacent about the effectivity of our car’s tracking device. The reality is that if your device is older than 3 years old, then it is like having a 3-year old cell phone and you should be considering your options.

Wahl Bartmann, CEO of Fidelity Services Group puts it into perspective when he says, “Do you still have a Nokia 3310 as your telemetry device? Chances are not. With technology changing at such a rapid pace what used to be cutting edge three years ago is now already considered old technology.”

With processing capacity literally more than doubling every 18 months, anything older than three years is outdated and places you at risk.

“We now know just how low the accuracy of the old technology really was when compared to our current technology which provides 3m pin point accuracy. This is absolutely critical in recovering stolen vehicles,” he says. Pinpoint accuracy has become increasingly necessary and recent advances in GPS technology have made geospatial information far more accurate and accessible.

Bartmann says GSM technology has evolved with advances in cell phone networks and communications protocols. “Technology now provides greater accuracy in positioning, communicated using far better communications technology. In fact, the good news is that the latest hardware and firmware combinations allow for more data to be sent more often, at lower prices, than ever before.”

He says older hardware and firmware combinations were difficult to commercialise and run cost effectively at 15-second intervals. Most providers in South Africa therefore only send data packets in 30, 60 or 120 second intervals. Some even go to five-minute intervals. “While these providers claim to provide real time tracking, this is actually misleading. When one considers a mere 15-second communications delay on the N1 translates to 500m of distance travelled and a 60 seconds delay translates to 2km – 15 seconds really does become the difference between life and death.”

There is no doubt the performance of GSM/GPS technology hardware is significantly better today when it comes to accuracy and power consumption. IoT technology has evolved and continues to provide great machine to machine information while using materially less power than traditional communications technologies

“This year it is definitely worthwhile reviewing what you already have in your car or what you are considering buying. Asking your telemetry service partner some key questions could be the best investment in your security you have made,” concludes Bartmann.